APCJ’s guide to Jakarta: what to do and where to go when visiting the Asia Pacific Coatings Show

A top contender for the world’s busiest city, Jakarta is the capital of Indonesia. A country composed of more than 13,000 islands with a population in excess of 180M, comprising more than 300 ethnic groups speaking 200 different languages, the population of Indonesia exhibits marked diversity in its linguistics, culture and religious traditions.

Over the past several decades, Jakarta has proudly developed into one of Asia’s most prominent metropolitan centres. In excess of 10M people live in Jakarta, representing nearly all the ethnic groups in the archipelago.

Despite much of the population leaning towards Islam, Indonesia is not an Islamic state – it is a Pancasila state. One of the principles of Pancasila, the state ideology, is belief in the one Supreme God. This means that the various belief systems must be respected and must respect each other, which explains the ubiquitous Muslim prayer houses in the city beside many churches and a few temples.

The official language is Bahasa Indonesia and English is the most spoken foreign language. 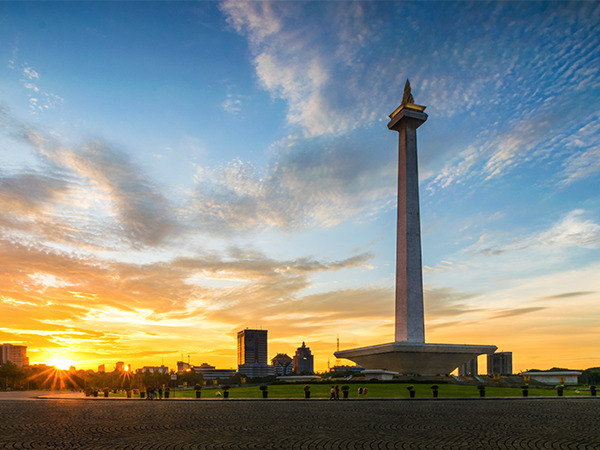 The National Monument, or ‘Monas’ as it is popularly called, sits in the middle of Merdeka Square, a large and pleasant park area that offers some respite from the hectic bustle of the city.

The monument was built during the Sukarno era of fierce nationalism and symbolises the people’s determination to achieve freedom following the Proclamation of Independence in August 1945. The 137m-tall marble obelisk is topped with a flame coated with 35kg of gold, while the base houses an historical museum and a hall for meditation. The monument is open to the public and the lift can carry visitors to the top, which offers a bird’s eye view of the city and the sea. Go early to avoid the crowds and the haze.

Merdeka Square itself is surrounded by important government buildings such as the Merdeka Palace, the National Museum of Indonesia, Jakarta Cathedral, the Supreme Court and various governmental ministries. 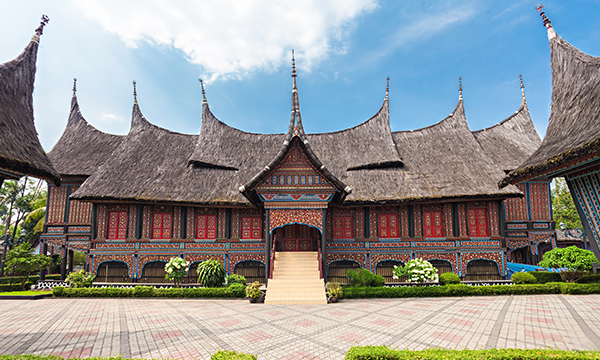 Taman Mini Indonesia Indah (Beautiful Indonesia in Miniature Park) is an extensive park offering a glimpse into the diverseness of the Indonesian archipelago. It represents Indonesia’s 27 provinces and their outstanding characteristics, reflected in the exact regional architecture of the province. A theme park set in more than 100 hectares on the outskirts of Jakarta, the Indonesian islands are realistically reproduced in miniature in pavilions set around lakes. Each pavilion is representative of each province from the traditional architectural style in miniature to a wonderful display of cultural items and exhibits. There are 14 museums to explore plus a cinema and a theatre. 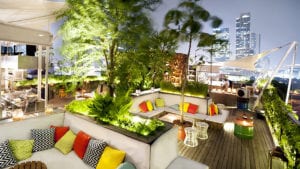 On the top floor of the Kosenda hotel is Awan Lounge, a rooftop garden bar that offers Asian tapas and BBQ food as well as a huge range of cocktails and mocktails. Open from 17:00, the bar offers excellent views of the city in a beautiful setting.
Address: Jalan KH Wahid Hasyim.No/127, Jakarta 10240
Phone: +62 213 193 6868 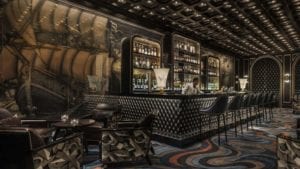 For fine dining, Namaaz is the first molecular gastronomy restaurant in Indonesia that serves Indonesian food as its signature style. It serves progressive Indonesian food every night from Tuesday to Saturday. The set 17 course menu changes every season, with each season lasting for six to eight months.
Address: Jalan Gunawarman No. 42,Kebayoran Baru, Jakarta Selatan 12110

INFORM ME WHEN
REGISTRATION IS LIVE

The only official partner for China